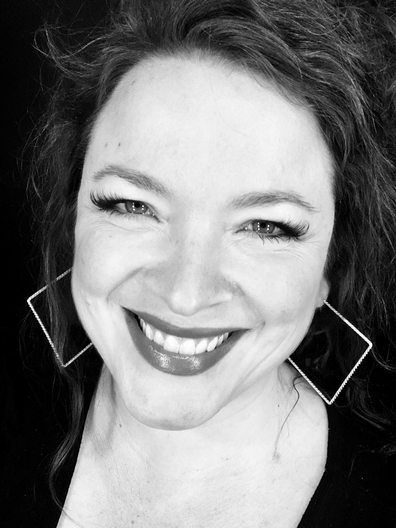 Growing up on the road was fun for Jennifer as she danced and sang her way across the country with her family's variety act for the first thirteen years of her life. After settling down in the Twin Cities in her teens, she attended public school for the first time and kept performing with her mother, Colleen Raye, in various venues including the Mall of America, Treasure Island Casino and Mystic Lake Casino.

While earning her degree in Mathematics from Augsburg College, Jennifer continued singing in clubs with 10-piece funk bands, in various cabaret and theater venues with theater companies, and in convention halls and churches as a featured vocalist with Augsburg College's Gospel Praise.

Soon after college, Jennifer ventured into her solo career, appearing on stages locally with such names as Garrison Keillor and Debbie Duncan, and in New York City, Europe and the Caribbean. With radio and recording success in local areas and overseas, Jennifer continues to base herself at home in the Twin Cities.

Some of Jennifer’s credits include performing at Carnegie Hall; Johnny Mercer Songbook Series at the Ordway; Steerage Song at the Fitzgerald Theater; earning the #2 spot on Aruba's year-end top 100 countdown; performing in New York City with shining press in The Village Voice; opening up for Oleta Adams at the St. Vincent Blues Festival; performing on Garrison Keillor's (creator of A Prairie Home Companion) Rhubarb Show; sharing performance events with Huey Lewis and The News, Michael Buble, and Martina McBride; starring in the Ordway's production of My Way, A Musical Tribute to Frank Sinatra; being the voice of the World Figure Skating Champions Tour theme song; and singing as a featured artist on many albums including Gene Adams' Jazz Anthology, Power of 10, The Minnesota Boychoir, Century Big Band, New York's Jonathan Rayson, Norah Long, Theater Latte Da, Girl Singers of the Hit Parade, Mark Croft, Tim Patrick and the Blue Eyes Band, Gourmet Jazz and LA's Holly Long.

Recently, a few original song placements in SHOWTIME's House Of Lies, NBC's Parenthood (Seasons 1 & 2), USA's Suits, TLC's Sarah Palin's Alaska, and NBC's Sing Off have been exciting and have led to more opportunities writing for SONY and being published by UNIVERSAL PUBLISHING.

Having made Boston, MA his home for the past 22 years, Jason was recently named to the inaugural class of the Boston Artist in Residence Fellowship for Music Composition. In 2011 and 2017, he was named a Fellow in Music Composition by the Massachusetts Cultural Council. In 2014, Jason was honored as a recipient of the French American Cultural Exchange Jazz Fellowship where he collaborated with French pianist Cedric Hanriot, collaborating on an album entitled "City of Poets" and touring the United States and Europe. Jason won 1st Place in the 2009 Carmine Caruso International Jazz Trumpet Solo Competition and was cited in the June 2007 issue of Downbeat Magazine as one of the "Top 25 trumpeters of the Future".

In addition to performing on over forty albums as a sideman, Jason has recorded thirteen albums under his own name on labels Ayva, Steeplechase, Newvelle, and most recently with Giant Step Arts. Four of his recordings were reviewed by Downbeat Magazine, all receiving 4 stars or better. Jason has toured in over 30 countries with saxophonists Mark Turner, Greg Osby, Grace Kelly, and Matana Roberts, and has been a featured guest artist on multiple projects in Portugal, Mexico, Canada and Russia.

For the past fifteen years, Jason's quintet has been the house band every weekend at Boston's historic Wally's Jazz Café. He has presented his band at numerous clubs throughout the northeast United States including the Tanglewood Jazz Fest, Sculler's Jazz Club, the Stone in NYC, the Jazz Gallery in NYC, and the Beantown Jazz Festival. In 2007 Jason Palmer was commissioned by the Festival of New Trumpet Music in NYC to premier a new work (based on a Sudoku game) for his quintet at the Jazz Standard. The music from that suite was later featured on his 2016 recording on SteepleChase entitled "Beauty 'n' Numbers: The Sudoku Suite".

In addition to a heavy performing schedule, Jason Palmer offers his passion for improvised music as a full-time Assistant Professor of Ensembles and Brass at Berklee College of Music and as a board member at JazzBoston. Jason has also served as an Assistant Professor at Harvard University
and at New England Conservatory. He has also served on the faculty at the New School of Jazz
and Contemporary Music in New York City. Mr. Palmer has given master classes in Boston MA, Washington D.C., New York City, Indiana, Kentucky, Texas, Arizona, California, Idaho, Montana, Alaska, Portugal, France, the UK, Russia, Canada, and Mexico.

The Northwest College Jazz Festival is a non-competitive performance opportunity for vocal and instrumental jazz groups at all levels of proficiency. High-quality assessment and instruction will be provided by respected jazz educators in a positive and constructive learning environment. This festival encourages young musicians and teachers to grow through camaraderie and musical exchange.

Registration is now open! Directors are encouraged to register early. The deadline to register is January 28, 2022. Please send your stage setup forms to music@nwc.edu with subject line Jazz Fest 2022 [school] Forms or upload them in your registration. 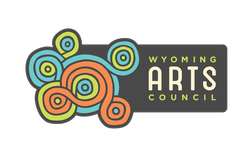 The Northwest Jazz Festival is supported in part by a grant from the Wyoming Arts Council.