While growing up in eastern South Dakota, Patricia Parmer’s introduction to the French Horn came in 6th grade when an overzealous tag football game became tackle and she ended up in a cast, ending her short stint as a percussionist. Her band director, Robert King, said that the horn was just the right instrument since she only needed one hand to learn it. As a high school senior, she met Edmund Marty, the horn instructor and band director from Casper College (Wyoming) at South Dakota State University band camp. While he did not recruit her as a student while at camp, she quickly recognized the value of learning Horn from a Horn player and transferred to CC after her first year of college.

She transferred to the University of Wyoming, studying with Dr. Bill Stacy and realized that public school teaching was not a priority for her, but that playing the Horn is her passion. After a long break from school in the 80’s, she completed her B.S. in music at UW in 1991.

Patricia has played in the Northwest Civic Orchestra since 1979 and has performed with the Billings Symphony, Wyoming Symphony, Powder River Symphony, Miles City Community Orchestra as well as numerous bands and small ensembles. She currently is a member of the Spirit Mountain Brass Quintet, Alte Kameraden band, The Usual Suspects Brass Quartet, NWC brass quartet, Buffalo Bill Band and the NW Civic Orchestra. 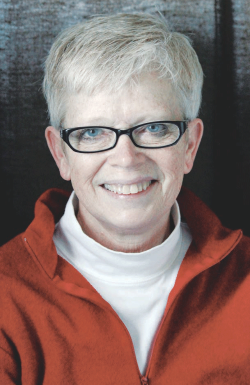