Dean Snavely is a performer and conductor whose roots run deep in the NW. His mother often recalls when he was in second grade watching his sister’s band concert that he stated, “That’s what I want to do when I grow up!” A product of the Oregon public school system, Dean began his journey as a French horn player in 5th grade and happily moved to tuba when offered by his band director. Through years of practice and private he continued to grow as a musician learning trombone, bass trombone, euphonium, trumpet guitar. This passion for making music took him to Los Angeles to study tuba with Roger Bobo and Loren Marsteller. After two years in LA, he returned to the NW to continue schooling as well as performing. Upon returning, he stumbled upon an interesting career in the feature film industry as an electrician and gaffer.

Dean continued his education at Central Washington University, completing a degree in tuba performance and music education in 1998. The next 13 years were spent building a thriving music program at Snoqualmie Middle School. His bands and choirs performed throughout the region as well as around the country and internationally. During this time, Dean also performed regularly around the NW on tuba and trombone in many ensembles Soundwave (The Seattle Sounders), Seattle Rock Orchestra, Exhoxo, The Jazz Police, Jim Cutler Jazz Orchestra, Bellevue Symphony Brass Band NW.

After 13 years of teaching, Dean and his wife decided to take a leave of absence from their teaching careers and accept offers to go back to CWU as graduate teaching assistants in the music department. Through this experience, he has had the great fortune to perform at the Jazz Educators Network conferences in both Louisville KY and Atlanta GA, conduct at the CBDNA Western regional conference in Reno, NV. They have relocated to Henderson, NV, as Dean pursues his DMA in wind conducting under the tutelage of Thomas G. Leslie. 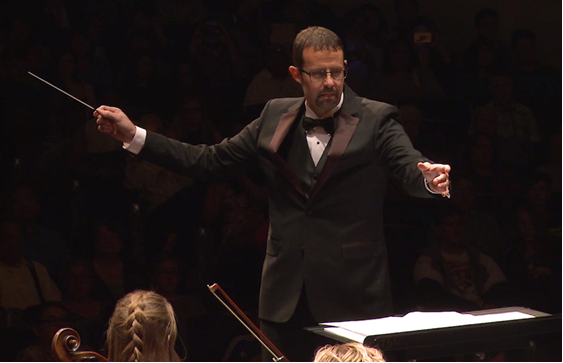 Jeff Williams serves as a Project Facilitator for Secondary Music, Dance, and Theatre for the Clark County School District in Las Vegas, Nevada. As part of this role, Mr. Williams mentors arts teachers and assists with coordinating the largest school district fine arts program in the United States. Prior to this position, Mr. Williams served as director of bands at Miller Miller School in Henderson, Nevada. During his 18-year tenure, the Miller band program grew from 80 students to nearly 400 students participating in a variety of concert, jazz, and percussion ensembles. Under Mr. Williams’ direction, Miller bands were widely recognized for excellence in performance and earned highest honors in festivals and competitions throughout the southwest. Mr. Williams holds bachelors’ degrees in Music Performance and Education from Northern Arizona University and a Master of Music Education from the University of Nevada, Las Vegas. Mr. Williams is active as an adjudicator and guest clinician throughout Nevada and the southwest. When not making music, he can be found exploring the natural beauty of the desert southwest with his family.

Kimberly Snavely is the Director of Choirs at Foothill High School. She attended Central Washington University where she earned a Bachelor of Music and a Master of Music with an emphasis in Conducting. She has taught both the middle and high school programs since 2000, in both Washington State and Nevada. Her groups have performed at state conferences (WMEA) and received awards at regional festivals throughout the West Coast. She is in frequent demand as an adjudicator and is now proud to serve on the faculty of the Yellowstone Music Camp. Kimberly has been at Foothill since 2013.