Michael Jaycox teaches K-5 general music in Powell, WY and Clark, WY. He previously taught K-5 general music and middle school choir, 6-12 band and 9-12 choir in Greybull, WY. He grew up in Laramie and graduated from Laramie High School in 2007. He then attended the University of Wyoming to pursue a degree in music education. During his time at UW, Michael was very active in the collegiate music education program. He held offices in the UW chapter of CMENC, now NAfME, as secretary and twice as president. As president, Michael was responsible for bringing in clinicians to present to the local chapter. Michael also organized a community program where UW students would go and perform for at a local nursing home. In 2010, he also received a certificate of achievement from The National Association for Music Education for his dedication to music education and leadership as president with CMENC. During his time as an undergraduate, Michael was a drum major with the Western Thunder Marching Band for four years, two of those years as head drum major. Michael graduated with his Bachelor’s in Music Education in 2012 and started in the UW Summer Master’s program in the summer of 2013. Michael completed his Master’s in Music Education in August of 2015. In 2016, Michael was awarded the honor of Outstanding Young Music Educator for the North Big Horn Basin Music District. Michael Has completed Orff Levels I and II, and plans on finishing his Orff Certification in the summer of 2019. Michael is very active within the WMEA, having served as the In-Ovations Vice president for 2016-2018 and Elementary VP from 2018-2019. 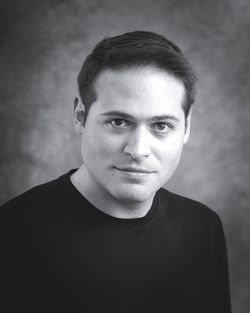