As a trumpet player, composer and sound designer Dr. Rumbolz maintains a strong affinity for the offbeat and unpredictable contours of contemporary music. As an undergraduate music student at Macalester College in Saint Paul, MN, Dr. Rumbolz first developed a fascination with music synthesis and sound recording.

He received his Masters of Arts degree from the University of Minnesota in Composition and Theory where he concentrated on composition incorporating various non-Western elements as well as improvisation.

For nearly ten years, Robert Rumbolz was a regular face in the active Minneapolis/St. Paul new music and jazz scene where he played regularly with the Pat Moriarty ensemble and wrote music for Heart of the Beast Puppet and Mask Theater and The Minnesota Ballet Theater and School.

Developing his interest in non-western music, Dr. Rumbolz went on to study ethnomusicology at Wesleyan University in Middletown, CT where he received a Doctor of Philosophy degree in Ethnomusicology. In 1993, he was able to travel to the West African Nation of the Republic of Ghana as a Fulbright Fellow to conduct research on the history of brass bands from the colonial period to the present day.

As a performer, Robert has had the opportunity to play and record with a distinguished field of artists in jazz and new music including: the late Ed Blackwell, Anthony Braxton, Don Byron, the late Doc Cheatham, the late Don Cherry, the late Julius Hemphill, Guy Klusevic, Jimmy Knepper, Roscoe Mitchel, David Murray, John Rapson, Roswell Rudd.

In 1998, Robert and his wife, Elaine DeBuhr, were blessed with a son, Miles. In an effort to find a voice for this new life experience Robert turned to the perfect medium to tell a story with sound - Radio. His commentary and music piece, "Father's Day Postcard" was featured on National Public Radio's "Weekend All Things Considered."

Dark was the Night-Cold was the Ground. Allen Lowe and the American Song Project featuring Roswell Rudd. (Music and Arts Programs of America, Inc., 1994)

Free Fall. The Pat Moriarty Ensemble's "Outside…Albert," in memory of Albert Ayler on this compilation of improvised music by Minnesota composers. (Inova Records, 1988) 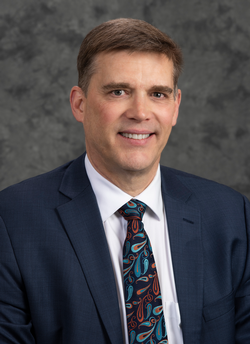