Tribute to the Horse opens Friday, Nov. 6, at Open Range Images in Cody

POWELL, Wyo. - Several area photographers are pooling their images to present a visual "Tribute to the Horse," opening Friday, Nov. 6, at Open Range Images in Cody. The gallery will host an opening reception from 4-8 p.m. where the artists will be on hand to talk about their topic and their work. A silent auction of images, plus partial proceeds from the event will benefit Friends Of A Legacy (FOAL).

The exhibit's two highlighted artists are J. L. Wooden, an assistant professor of photography at Northwest College in Powell, and Ken Blackbird, a free-lance photographer living in Cody.

Wooden, who was one of the founding artists in the Open Range photography cooperative, said that because he's now concentrating his efforts more internationally, this show will be his last in the gallery.

Instead of a swan song to announce his exit, he decided on a horse tribute. The notion of an equine photo show bloomed last spring when FOAL asked Wooden to photograph the wild horses in the McCullough Peaks. FOAL is a nonprofit corporation founded in 2005 to create educational opportunities, enhance habitat in the McCullough Peaks Wild Horse Herd Management Area, and to assist the Bureau of Land Management and area ranchers in managing the range and wild horses.

"I owe my life to a horse," Wooden said, explaining that a nasty encounter he had with his horse in the Thorofare last fall slowed him down enough to get a medical checkup and consequently avoid a heart attack. "It somehow seemed appropriate that the occasion of my 100th museum/gallery exhibit would honor the animal whose well-timed orneriness kept me alive to start the next stage of my career."

Wooden asked Blackbird, an Assiniboine member of the Fort Belknap Indian Community of Montana, to join him in the show. The result is an exhibit that includes rodeo action, wild-horse fights, Crow Fair images, horses portrayed in a warm romantic light, and even a photograph of horses taken from a hot air balloon. 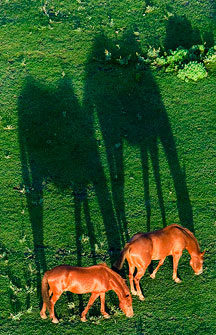 Wooden's work has been exhibited in museums in several countries and can be found in the private collections of celebrities like Joe Walsh, Olivia Newton-John and Kris Kristoffersen, and featured on a Jimmy Messina album cover (of Loggins and Messina fame). In the 1980s he was asked to photograph then President Reagan and earned accolades for his "As Seen By Both Sides: American and Vietnamese Artists Look at the War" exhibit, which hung in offices in Washington, D.C., and toured the United States for over two years.

He's probably best known for capturing lightning on film. After working with world renowned lightning physicist Leon Salanave, Wooden became one of the nation's leading experts on lightning photography and published a two-volume thesis on the subject.

Unlike Wooden's lens, which was trained on horses for a narrow window of time during the past year, Blackbird's eyes have always danced with horses in spirit. It's that dance between the species he tries to capture through his the lens.

"I look at relationships," Blackbird said. "Indians have always had a spiritual relationship with their horses. That's what I try to show. The kinship I see at Crow Fair between tribal members and their horses goes beyond ownership. It compares to a world spirituality. The rider and horse are not two but one spiritual unit. In Crow society, a man often integrates the horse as part of him because the horse is life to the Crow people."

Blackbird's images in "Tribute to the Horse" go beyond relationships between Native Americans and their horses to include rodeo images, shots taken from the air and others.

His work can be viewed at the British Museum in London, Montana Historical Society, National Museum of the American Indian and the Buffalo Bill Historical Center. Several of his award-winning images were taken on behalf of the Cody Enterprise while he was a photographer there. 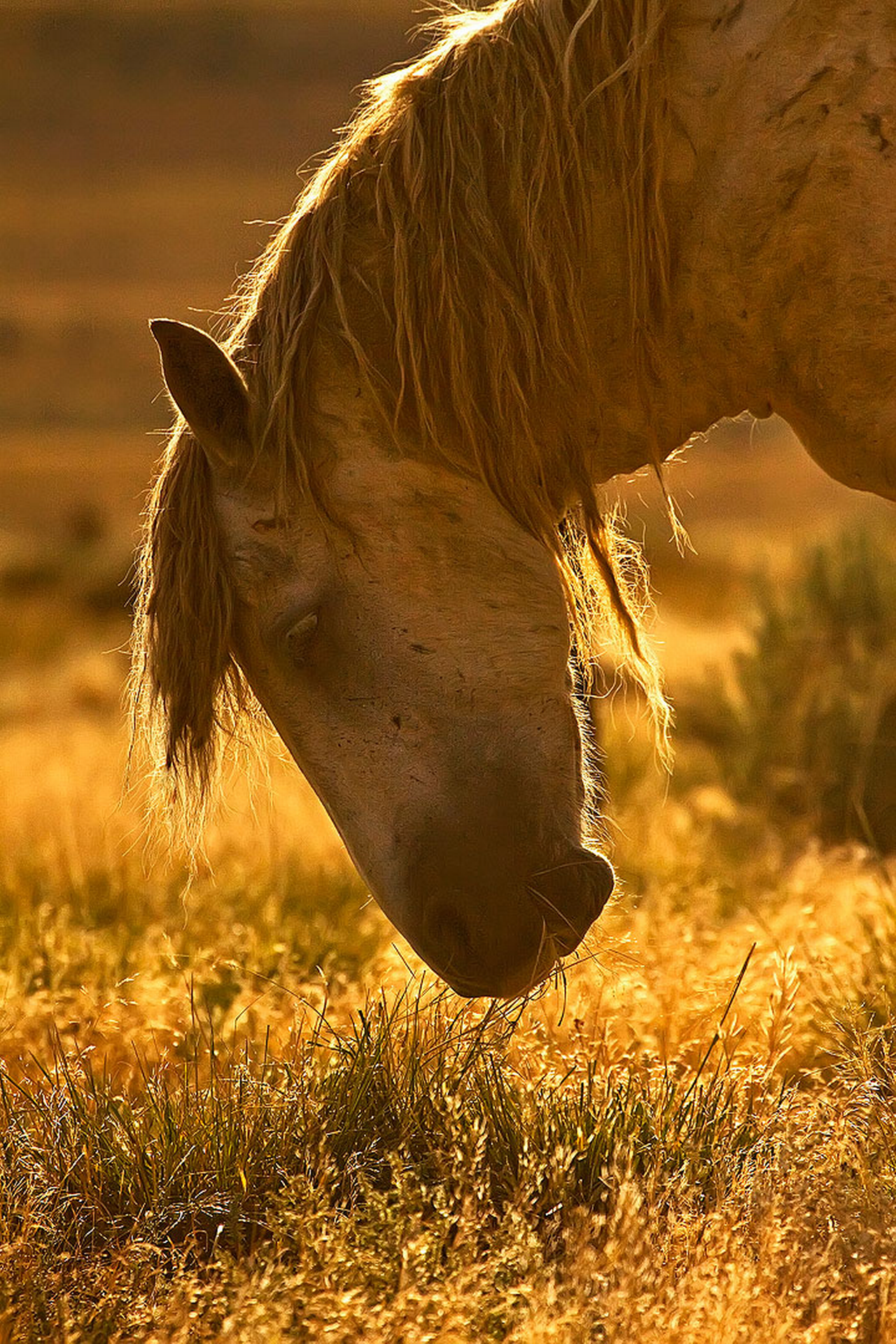