Al Simpson and biographer Donald Hardy talk about "Shooting from the Lip" Dec. 5 at Northwest College

POWELL, Wyo. - Retired U.S. Senator Alan Simpson and his biographer Donald Hardy will wrap up the Northwest College Fall 2011 Writers Series with a 7:30 p.m. presentation Monday, Dec. 5, in the Rendezvous Lounge of the DeWitt Student Center.

Shortly before Simpson was elected majority whip of the United States Senate, he decided to keep a journal. The resulting 19-volume diary and other personal papers became the foundation for Hardy’s “Shooting from the Lip,” a 460-page biography published in September.

The two men will talk about the book and autograph copies, which will be available for purchase at the program.

Simpson gave Hardy full authorial control of the book and calls “Shooting from the Lip” an unvarnished account.

A Cody native himself, Hardy grew up a half-block from the Simpson house and later became Simpson’s first press secretary in Washington, drafting hundreds of statements, opinion articles, speeches and newspaper columns for the longtime senator. As Simpson’s chief of staff, Hardy oversaw his Washington and Wyoming offices and staff and was intimately involved in his official and campaign activities.

Hardy says he believes Simpson’s diaries are of true historical value because Simpson was often at the center of political power and took detailed notes.

“His diaries contain thousands of direct quotes,” Hardy said, “which he put in context by describing the tone of an event and the demeanor of participating individuals.” As examples, Hardy points to vivid details about discussions with Mikhail Gorbachev in Moscow before the fall of communism; Simpson’s contentious meeting with Saddam Hussein in Baghdad; his somber stroll through the battlefields of Normandy; his rides in the presidential limousine and dinners in the family quarters at the White House; and the lifelong evolution of his relationship with his parents.

“I believe the answers to many of America’s present and future challenges can be found in Al Simpson’s past,” Hardy said. “Throughout his career, he has valued practicality over partisanship, and during debate on important issues has taken a slice when a full loaf was unattainable. This is not just a platitude. His record in opposition to deficit spending, in crafting immigration law reform, and his activism on scores of social issues has been uniquely consistent throughout his career. His acceptance of President Obama’s appointment to the so-called ‘debt commission’ demonstrates his willingness to tell the American public the truth even if painful. Perhaps the story of his career will inspire people inside and outside of public service to understand that if the significant problems facing our country are not addressed realistically, government will be increasingly unable to deal realistically with the problems of its citizens.”

Despite Hardy’s close relationship with Simpson, he said, “I took great care to detail the low points as well as the victories of Simpson’s life. Although I know a great deal about the subject, I took care to guard the book’s credibility, and my own.”

Simpson, in his reliably colorful manner, said his words to Hardy were “Don, just tell the truth, the whole truth, as you always have. Leave teeth, hair, and eyeballs on the floor, if that results from telling the truth.”

Simpson admits, “Don is the only person ever to have read my diaries (including me!) for I never found time to look back. ‘Shooting from the Lip’ is so rich in intimacy and detail that I found myself reliving many of the most eventful days of my life, both victorious and tragic. Some passages brought laughter, others tears. This book is the true me. It is the only written account of my life that I have ever authorized—or ever will.”

Admission is free to the Dec. 5 Writers Series program featuring Simpson and Hardy. 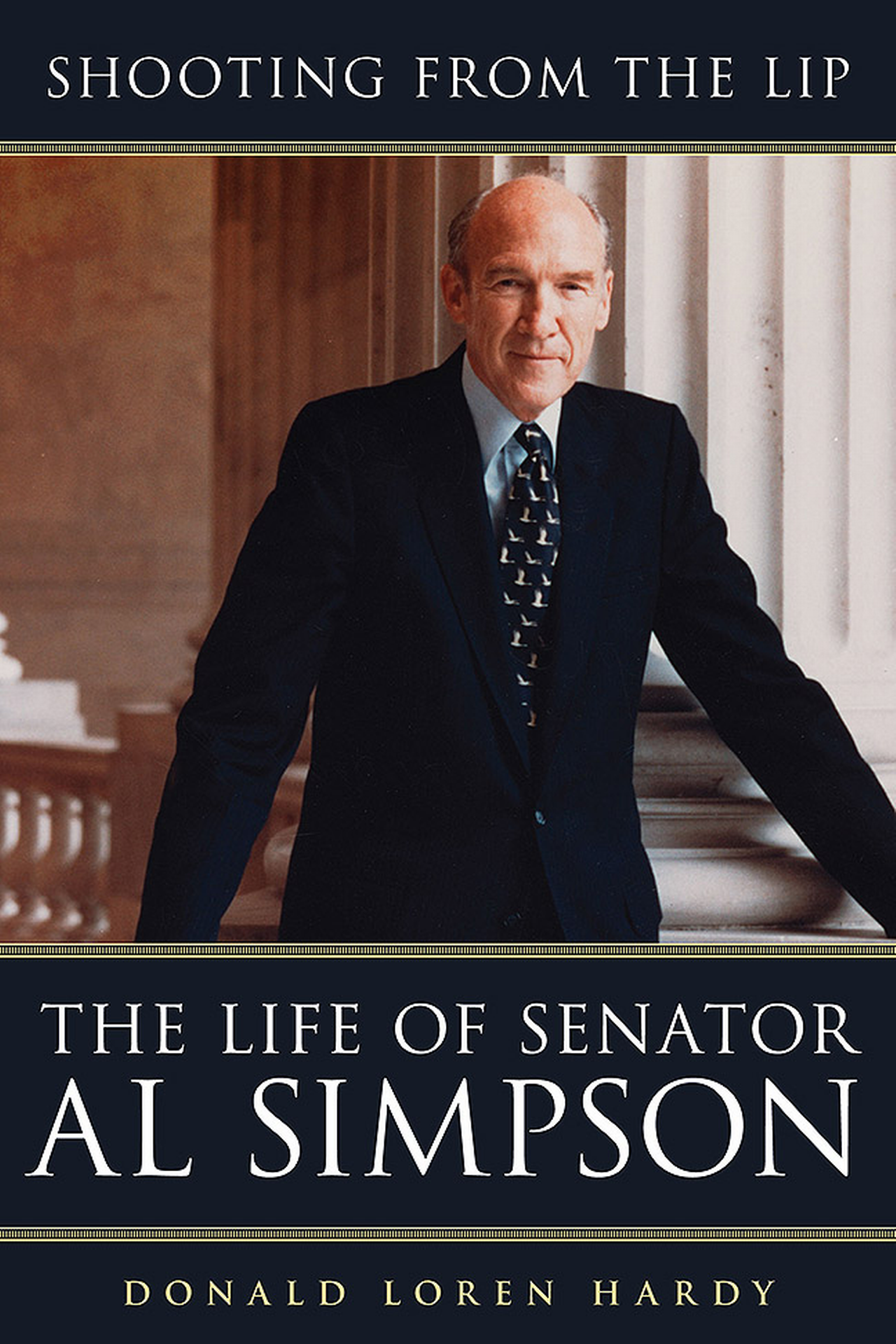 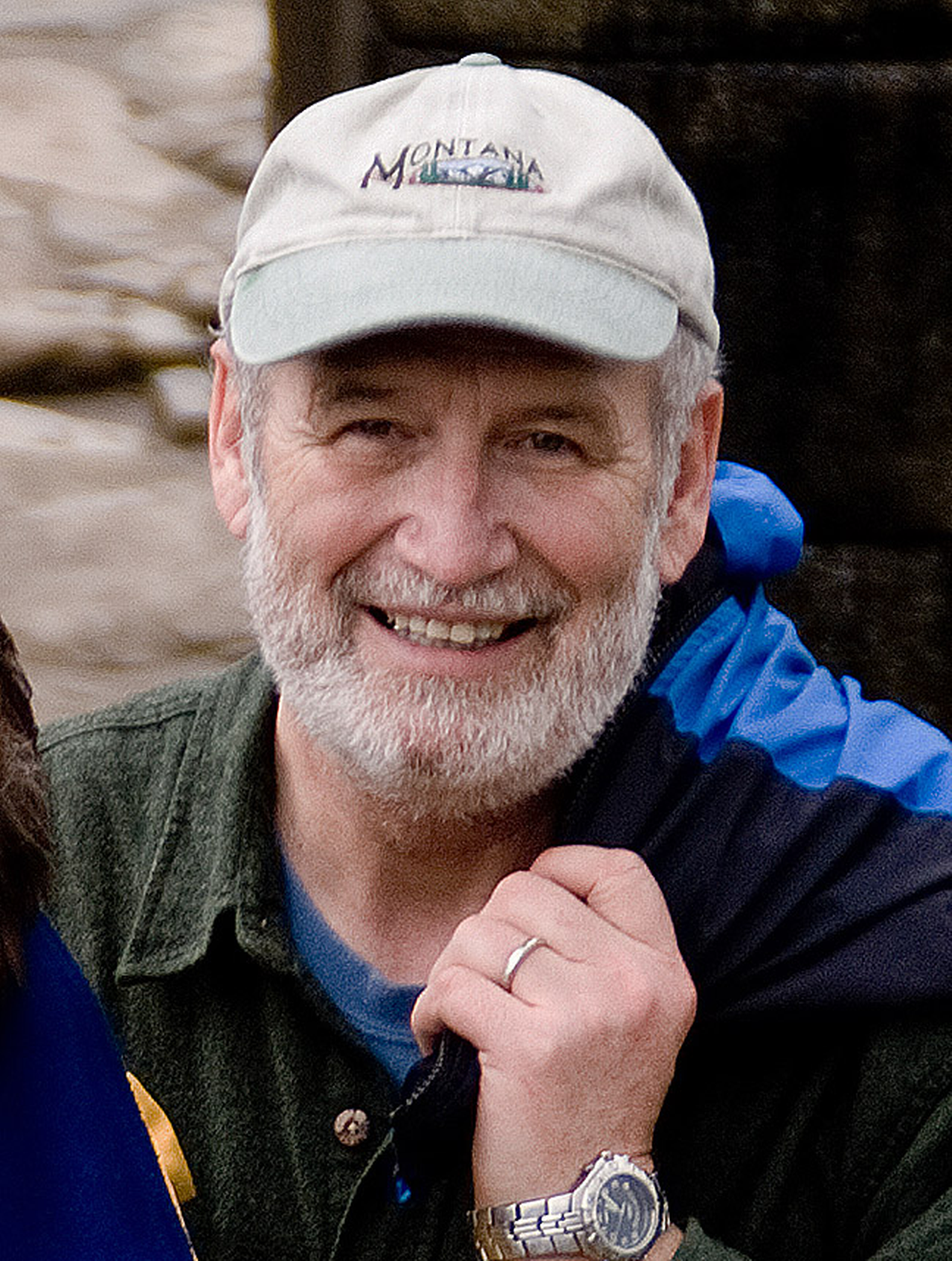